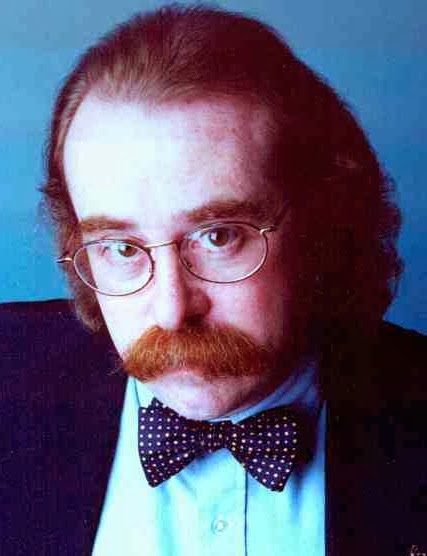 "I'd been feeling guilty every time I wrote a fake news story and posted it on Alberta Diary," Climenhaga said recently, "so I decided, WTF, I'll post my fake news stories here instead."

If readers don't like it, Climenhaga said, there's very little they can do about it. "I also decided there would be no comments allowed on fake news stories, unless readers can figure out a way to send me fake comments. If you don't like it, well, gee, that's tough."

The picture of Climenhaga shown above and at right was taken a long time ago. You can tell because he has hair and his moustache was still red.The bow tie is still in service, though, if a little tatty around the edges.